Let’s bring these diapositives into life

So, we visited Indrek’s parents some time ago and we came home with a bunch of diapositives. This stuff is just gold- pictures of Indrek’s fabulous childhood. Don’t worry, I’m going to share some of the good ones with you 🙂

But, let’s get to the point. How we transformed diapositives into JPGs ? I did this with my DSLR and another helpful widget was my new Canon EF-S 60mm f/2.8 Macro USM Lens. And we set up this funky system: 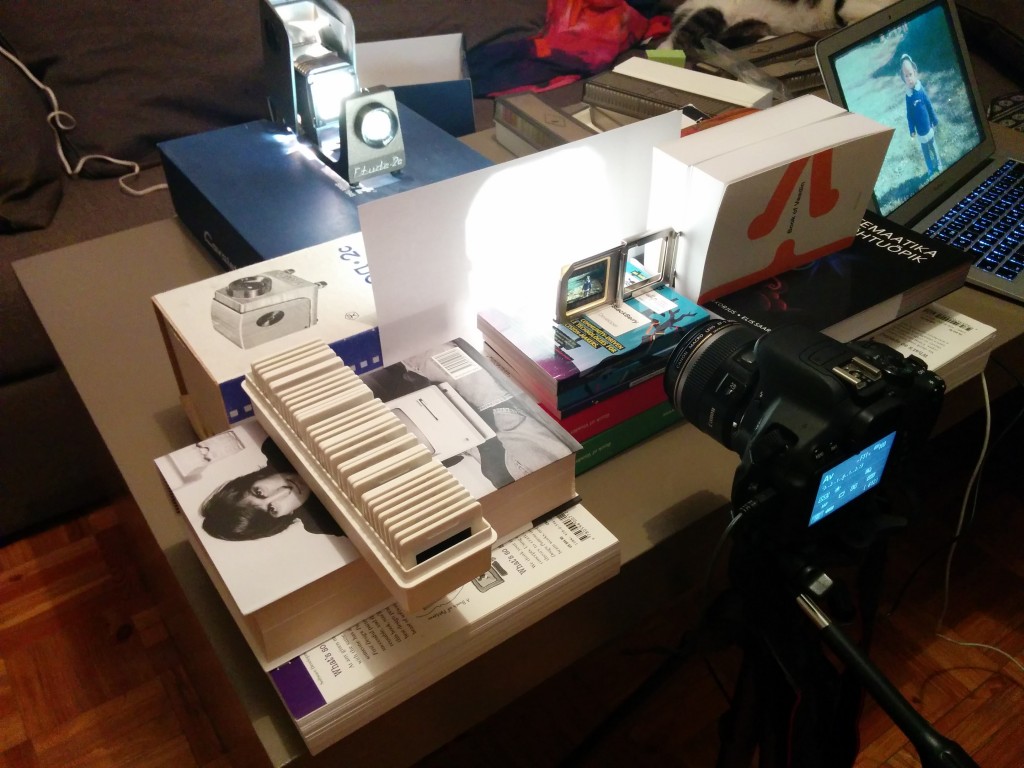 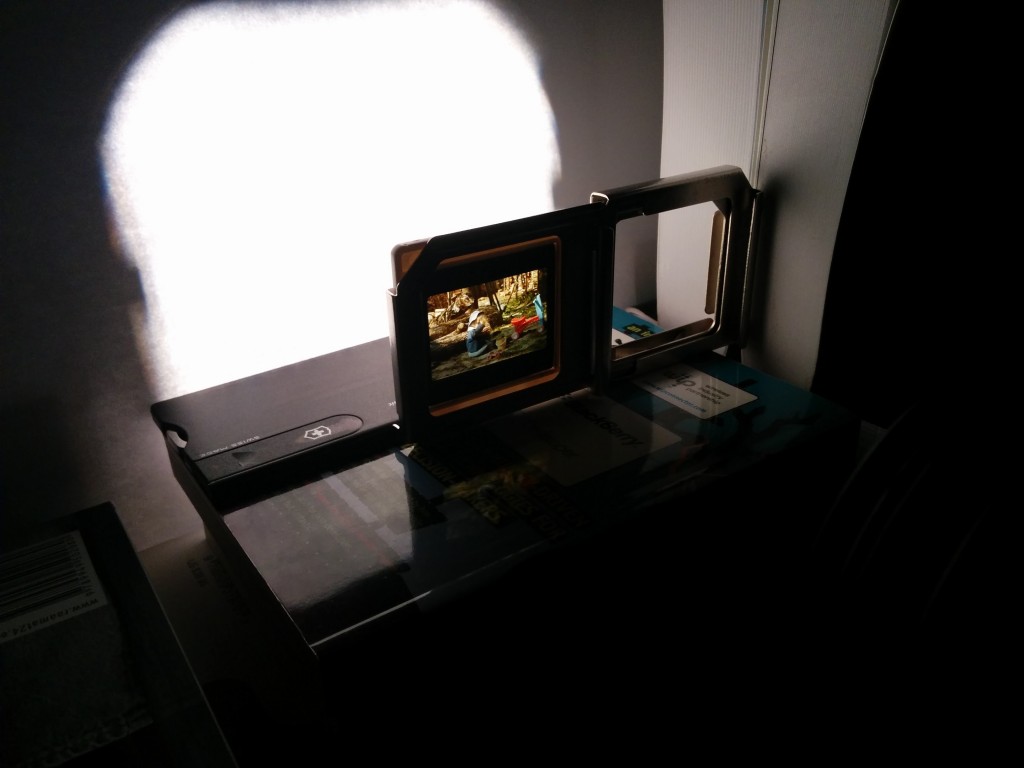 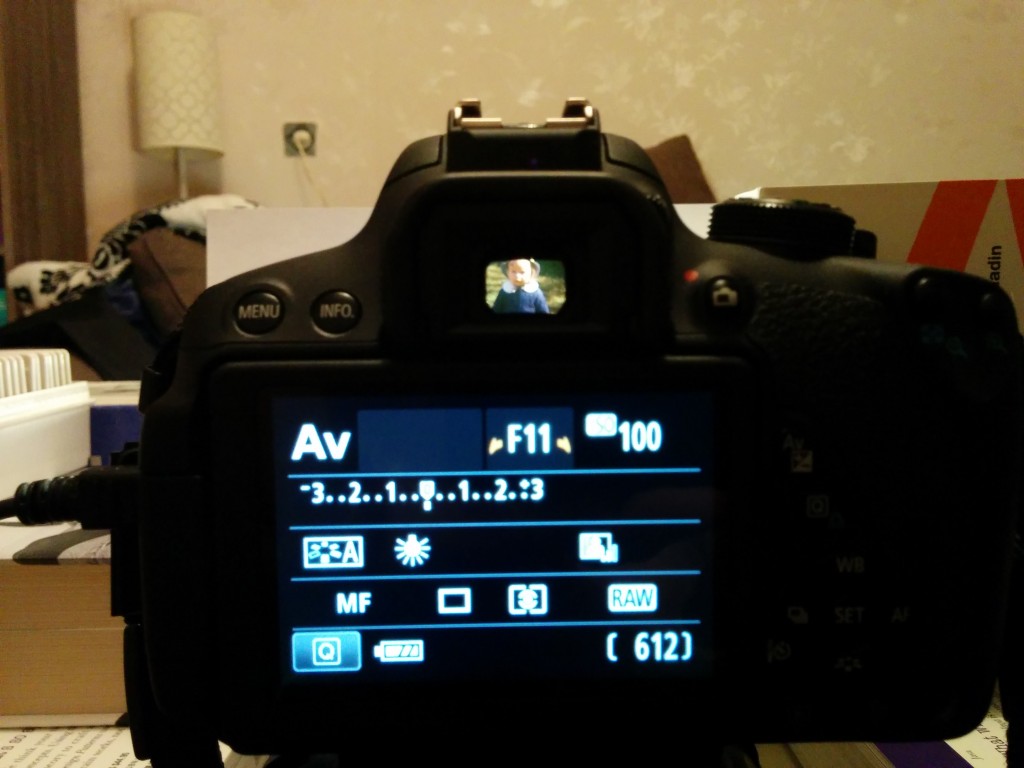 I tested with different aperture settings, but f11 seemed most decent. It is important to set ISO to 100 (or 200) to avoid distracting noise on the pictures. And of course I shot RAW files. They’re uncompressed and contain a lot of information which makes it better for photo editing.

This whole thing wouldn’t have been possible without a tripod and a shutter release. I haven’t purchased a shutter release cable yet, instead I tethered my computer with my camera using Lightroom. Before doing so, I tried to push the shutter myself, but there was camera shake seen on the picture.

We had a pretty smooth workflow- I clicked the button in Lightroom, Indrek changed diapositives and the camera took care of all the rest. Yes, it’s that easy as it sounds 🙂 All the pictures were automatically transferred into Lightroom and I was able to quickly check if the focus was right.

The only annoying thing about whole process was cropping. But you just can’t skip this step. And some pictures needed a little bit of shadow lifting, highlight reducing and sharpening. These were the main tools I used.

Last thing to do was to export all files to my computer as JPGs and that’s about it !

And here are my favourite ones: 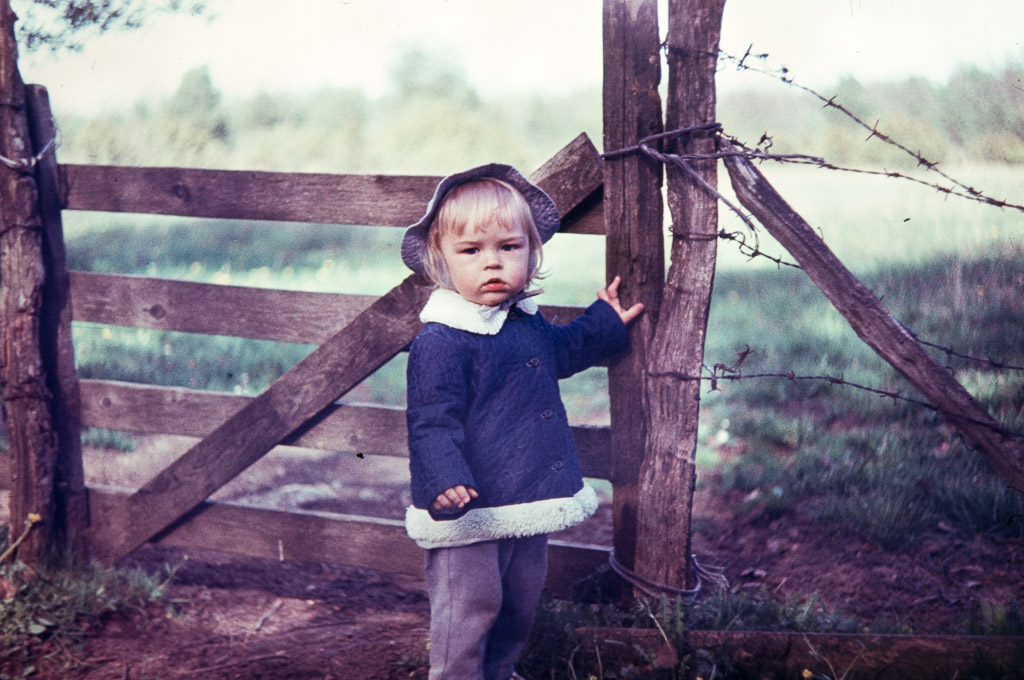 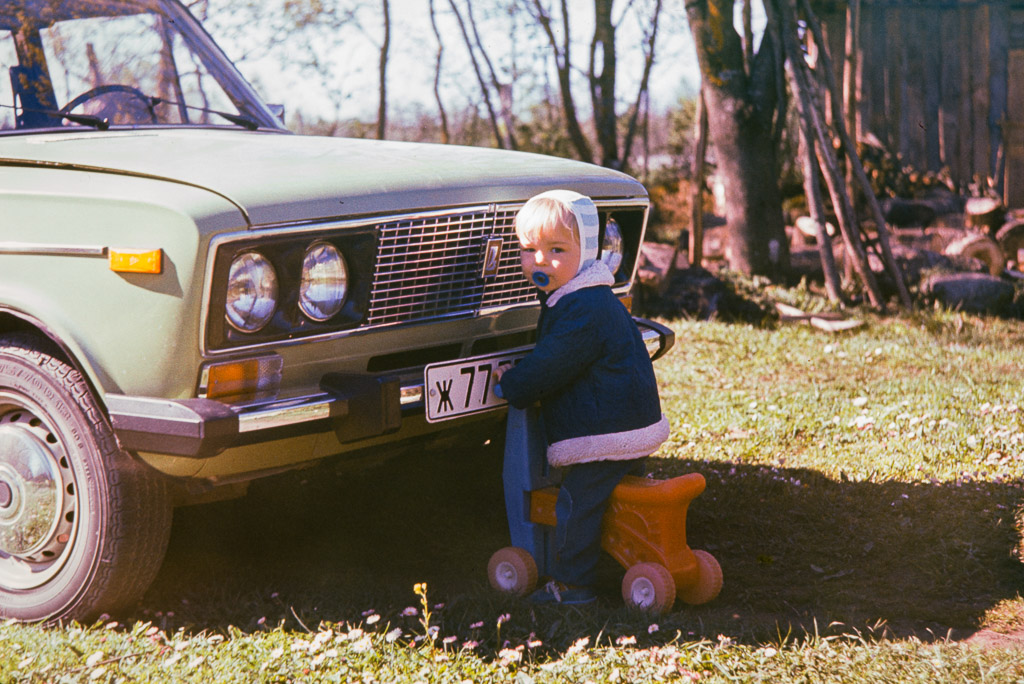